The founder and president of the firm, Steve Drizos Jr., has always had a passion for the investment business--a passion that was shared through 3 generations. The roots of this passion began with an important business relationship his grandfather, Nick Drizos, had with Dr. James Rice, a professor of business administration at Waynesburg College. 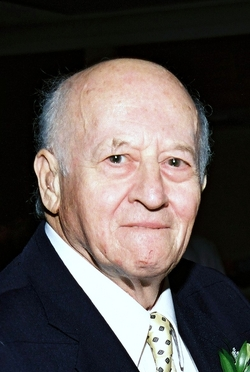 Nick Drizos was a young shoe cobbler in Waynesburg, PA and Dr. Rice would file his taxes for him every year. Dr. Rice was always suggesting to Nick that he start investing for retirement and provided him advice in that area. Soon, with the support of this mentor, Nick began studying and investing, and became quite successful. He was always eager to talk to his friends and neighbors about the importance of investing for the future. There are many that would attest that Nick Drizos was more than a shoe cobbler. He was a genuine friend, a pillar of the community and a gentleman who instilled faith and integrity within his family. There are many stories that have been told of Nick giving a stock certificate to a local community member saying, " Here, I got you started, now keep it going".

By the time Nick’s twin boys, Steve Sr. & Nick Jr. finished serving their country, they had already been steered toward a career in the investment business. Steve Sr. decided to stay in Pittsburgh and worked for Parker Hunter, with Dave Hunter serving as his mentor. Nick Jr. moved to work on Wall Street and eventually became a member of The New York Stock Exchange. The two brothers later joined at Drizos Investments.

Steve Drizos, Jr. recalls growing up and watching the men in his life exemplifying success, and states, "Success isn't just building financial wealth. It's knowing who you are, believing in what you do and always putting others in front of yourself".